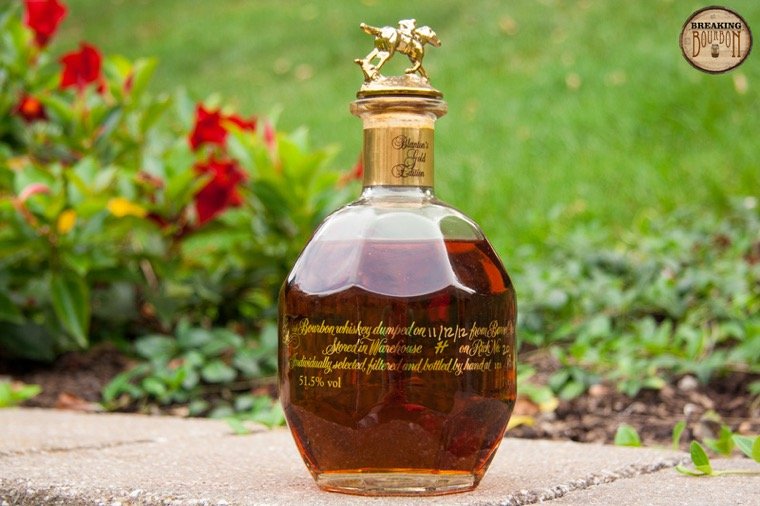 We did what we have to in the last years, looked around, traveled between continents with a spherical like bottle just because we couldn’t find that on its own land. Well, guess what? Your prayers are finally answered. Blanton’s Gold will finally be available in the US… At least as a limited release. Well, luckily, it will now be released every year starting from 2020.

Blanton’s Gold is a 103 Proof (51.5% abv) bourbon which has the same recipe with the Blanton’s Original but apparently at a higher proof. The famous jockey that people are racing each other to complete BLANTONS letters is a stunning gold! The distillery has some tasting notes with the release statement but I will go with mine.

Blanton’s Gold Edition has a nose starting off with dried fruits like raisins and plums. I think this is a standard for any editions. Then citrus comes forward with a distinct oakiness and honey. The palate is really dry with stone fruits, leather, chocolate notes as well as baking spices, toffee and pepper. The finish is the tough part for me. It takes time to appreciate due to its higher proof nature it can be a bit heated for some. Though as the whiskey opens up, you can actually feel the gingery dryness, honey, pepper notes developing a balance and a long finish.

Blanton’s Gold was the second creation after Blanton’s Original and it will be available in the US in a very limited quantity at a suggested retail price of $120, which at the end won’t necessarily be the case and we will see this price on a higher level if we even see the bottle! Unfortunately, limited production bourbons attain a price level which they shouldn’t and even though brands are trying to prevent that, the secondary market is at its best level nowadays.

Me wanted some Japanese! Finally I can find more t

!!COVID-19 FUNDRAISER!! It has been a tough month

This feels like Sunday. Oh, it actually is. So not

Oh my!! I opened the bottle and it was pure fanfar

The wait for this bottle was pretty long for me! I

By now all of us are dreaming having a dram outdoo

Quarantine is getting longer! What time is better