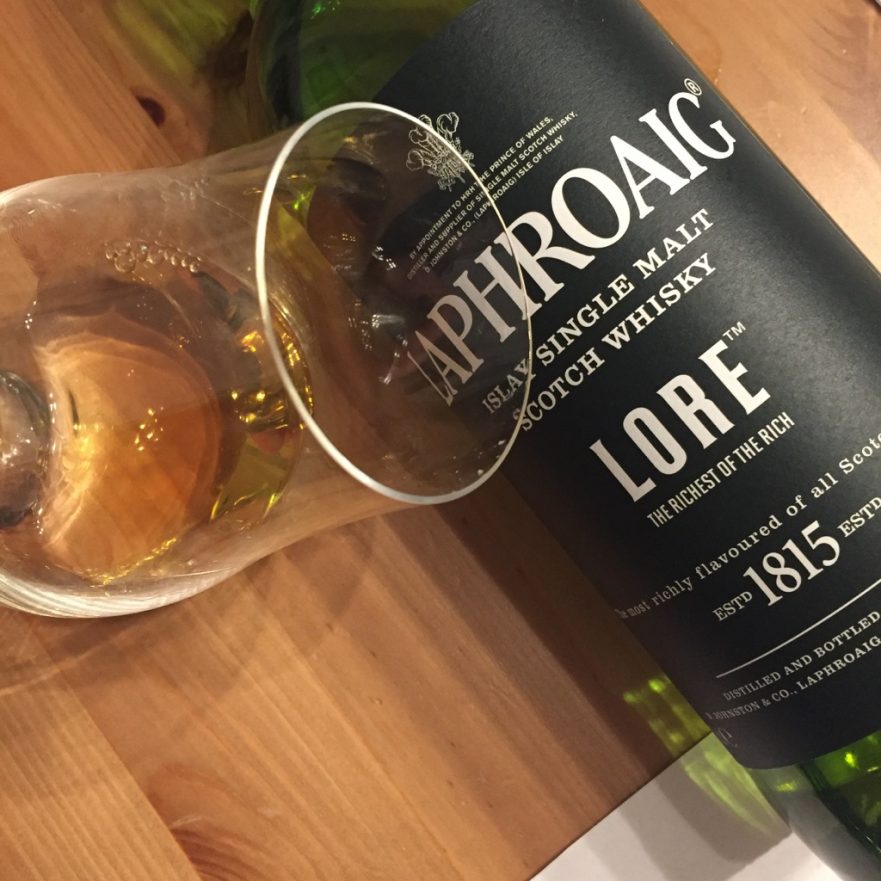 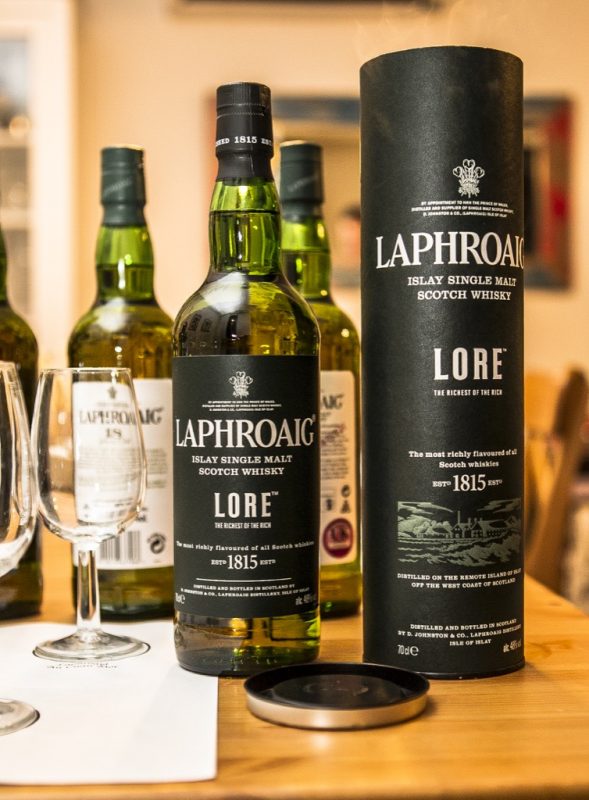 Nose: Earthy peat, smoke, ash with sea salt, softening vanilla and chestnuts. Upon water milk cream appears but also replaces a bunch of aromas.
Palate: Almost chewable:) Dried fruits, lovable peat with chili swirls in your mouth with leather notes.
Finish: Short and dry but I love it. Ginger, nuts, plums and iodine is all over the experience.

“Of all the traditions passed down to me, the thing I really love about Laphroaig is the innovative cold smoke process of our barley. The completely unique smoke profile, for me, is the main element that makes Laphroaig, Laphroaig.”

Laphroaig Lore is called to be ‘The Richest of The Rich’ by the distillery. Familiar Laphroaig character from the American bourbon and quarter casks gets softer but richer when it meets the double matured European oak. To enhance richness even further, whisky from highly peated casks are also used. Exact ages of whiskies in Lore are not known officially but rumors say that there are whiskies which are barreled in 1993.

When it comes to tasting I definitely loved the nose. Wonderful sea breeze meets with earthy notes and peat in a beautiful balance. Fruits give a great character in the chewable palate and different aromas like charcoal, ash, sweet plums create a wonderful play.

#MacallanMonday My favorite bottle from the Editio

We had a great time last night at the first Round

I sincerely love Linkwood. And this 15 year old fr

It is never wrong! Whisky is to be opened and shar

My first stop in my Seattle trip was of course to

@noburestaurants.us are great spots for many of us

Good old days in #London when I was enjoying this

#MiniMonday We have been on an antique hunt with @

Tomorrow’s time line will be full of #superbowl

A good find in the wild!! This Aberlour 12 was dis

#tbt A vibrant scene from storage moving day. Will

Glen Scotia love is just growing on me. After marv

Now we salute you! You showed how to be a good sp

Irish Coffee as breakfast? Why not?? Today is Nati